Find this article at:
go.ncsu.edu/readext?626569
— Written By Maru Gonzalez 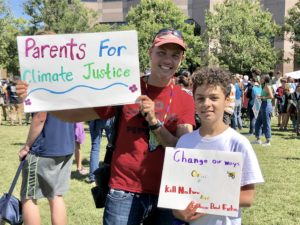 The youth-led Global Climate Strike — the culmination of thirteen months of weekly school climate protests — propelled youth climate activism into the international media spotlight like never before. Yet despite this newfound attention, youth activism is not a recent phenomenon. Whether marching to end inhumane child labor practices and racial segregation or fighting for comprehensive gun reform and inclusive schools, young people have a long history of working fearlessly to advance the cause of social justice, both in the United States and around the world.

Beyond the socio-political benefits of youth activism, research in the fields of youth development and climate science indicates that civically engaged young people are more likely to become active contributors to their communities and life contexts. Indeed, young people thrive socially, emotionally, and academically when they feel empowered to engage in meaningful social change initiatives, particularly when their efforts are supported and valued by caregivers and trusted adults.

With these documented benefits in mind, we decided to sit down with parenting specialist Dr. Kim Allen, youth climate activist Emily Wichman, and environmental scientist Dr. Sheila Saia to determine what steps parents, caregivers, and other adults can take to nurture young people’s call to climate activism. And this is what we learned.

When thousands of scientists, caregivers, and adults from across more than 185 countries joined young people in last week’s Global Climate Strike, they sent a powerful message. Beyond serving as a valuable gesture of solidarity, showing up in such mass numbers served to further legitimate young people’s concerns while celebrating — and sharing — their broader commitment to the greater good, particularly at a time when young people’s demands for climate action are receiving wide-reaching support from both policymakers and the scientific community.

Parents and caregivers can demonstrate support for climate activism in a variety of ways. Words of encouragement, validation, providing access to resources, offering to drive to a rally, or sitting down with your child to write a letter to an elected representative are simple yet meaningful gestures of support that can leave a lasting impression and aid healthy development. According to parenting specialist Dr. Kim Allen, “Children who are supported and loved are more resilient, happier, and healthier. It is often these kids that have the best chances to be the change they wish to see in the world.” 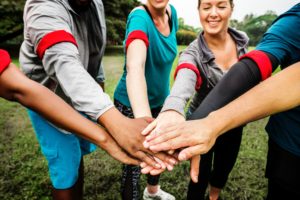 Equally important is recognizing the difference between “being supportive” and taking the spotlight by directing — rather than encouraging and actively promoting — youth-led efforts. Such actions, well-intended as they might be, often reinforce adult/youth hierarchies and impede independent thought and critical engagement.

Getting involved may seem overwhelming if you don’t know where to start, but it is one of the easiest ways to support youth in finding their voice and fighting for what they believe in. Groups like Climate Parents and Parents for Future list steps parents and caregivers can take to leverage their voice, gain knowledge and get involved. Are you on social media? Utilize your platform to help educate your circle. Is your child interested in attending a strike? Drive them to the store to buy materials to make a sign.

According to Emily Wichman, youth climate activist and leader of the Climate Reality Project at NC State University, getting involved can also entail “educating your peers, actively campaigning for candidates who support immediate climate action, and holding climate education events.” Environmental scientist Dr. Sheila Saia echoed these sentiments, emphasizing the importance of “elevating the voices of young people by listening deeply to them and promoting their ideas and efforts through various mediums, including social media.”

When parents and caregivers get involved, show interest and participate, they are saying: “We hear you, we support you, you have an ally in us!” This is important as research in the field of youth development demonstrates the benefit of highlighting youths strengths while providing support and opportunities that will help them achieve their goals in a productive and healthy way, as they transition into adulthood.

Children of Gurugram launched this campaign at the climate protest today It aimed at making parents aware that their vote will decide their kids future & urged them to vote for a party that put Climate action on its main agenda#VoteForYourChild#AravalliBachao @ClimateActionGG pic.twitter.com/MWv4ZuI68Q

Indeed, nurturing a child’s climate activism begins by teaching and applying principles of equity, justice, and compassion at home, including having conversations about the ways in which the climate crisis disproportionately impacts marginalized communities, deepens existing inequities, and reinforces systems of oppression. 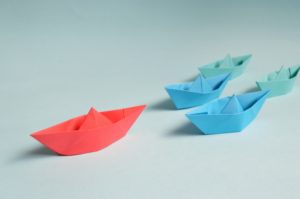 Integrating sustainable actions into family norms and daily routines can also strengthen a young person’s commitment to climate justice, particularly if they are actively involved in the decision making processes. According to Dr. Sheila Saia: “It’s important to listen to and talk to your child about how they feel about climate change and what they want to do to reduce their impact. With their feedback in mind, parents can then brainstorm how the family can work together to make more environmentally conscious choices, whether that means buying less plastic items, using biodegradable materials, or deciding whether to take a flight.”

Youth activism doesn’t start or stop with the Global Climate Strike. Sharing stories of other youth activists who are fighting for a plethora of causes is a way of demonstrating the interconnectedness of social justice movements while inspiring young people to keep fighting. Global Citizen is a great place to start if you’re struggling to think of youth activists outside of Greta Thunberg, the Swedish youth climate activist and founder of Fridays for Future, who a year ago started protesting outside the Swedish parliament to demand climate action. 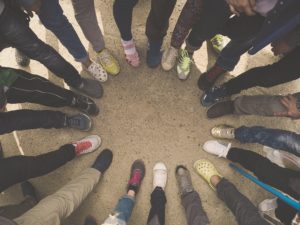 Like Greta, there are other youth who are tirelessly working to address many other important causes. These young people — like Marley Dias, Sophie Cruz, Mo’ne Davis, Robby Novak, Payal Jangid, Avery McRae, Xiuhtezcatl Roske-Martinez, and Malti and Isabel Wijsen —  have advocated for a variety of issues ranging from climate justice and equal education to gender equality and immigrant rights. Whatever your child is passionate about, they aren’t alone; a quick google search can produce many articles of other youth who are enthusiastically fighting for similar causes.

As adults, our voices are typically prioritized over those of youth due to our perceived maturity and life experiences. We are often taken more seriously and listened to more closely than younger generations. Where appropriate, adults should leverage this privilege in a way that allows the voices of young people to be heard. According to Emily Wichman, “while teenagers and kids have voices, we have less political power…adults need to listen to the youth movement and realize that even if they won’t face the worst effects of climate change, their kids and grandkids will.”  With that being said, adults should view young people as equals, value their opinions and help their voices be heard. How? In an article regarding the recent climate strike 18-year-old Elsa Mengistu shares, “we need adults to help us get into the rooms we can’t get into without them…to pressure our school into being more environmentally conscious. We need adults to create waves of change in their own circles.”

Emily added: “Adults have more experience organizing events, writing persuasive letters, and understanding the political system. Adults can hold events for kids so that they know how to become more involved in the climate movement.” In the same vein, parents and caregivers can leverage their skills, privilege, and networks to help project their children’s voices. 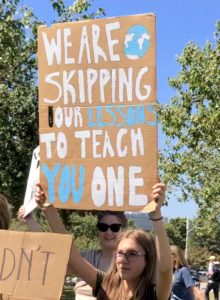 Regardless of where you stand on environmental politics and policy, listening to and being open to your child’s perspectives demonstrates you value their insights and have faith in their ability to engage in meaningful change. Keeping an open mind also leaves room for growth and perspective-taking. In fact, a recent study conducted by researchers at North Carolina State University found that young people can be instrumental in cultivating climate concern among their parents, especially when given the appropriate educational tools.

When speaking to their children about the climate crisis, Emily Wichman recommended that parents and caregivers be intentional about “viewing youth as equals, especially in terms of their opinions; they know what they’re talking about” and will ultimately be the most impacted by the long-term damage of climate change.

In order to be sustainable, climate activism must emphasize self-care, particularly at a time when uncertainty about climate’s impact on the future is impacting the mental health of younger generations. Holding space for children and youth to share their concerns is vital to fostering a culture of care and preventing ecological anxiety. And because powerlessness often fuels such anxiety, it’s important for parents to actively demonstrate a shared commitment to climate justice so that young people don’t feel alone in shouldering the burden.

According to Dr. Saia, “By taking action to address the climate crisis, parents can help make their child feel hopeful about the future and dispel potential grief.” Celebrating steps toward progress — no matter how big or small — and making time for fun, non-climate related activities are other ways to ensure young people remain grounded in the present and empowered in their capacity to create change.