4 Young Black Activists You Should Know

Find this article at:
go.ncsu.edu/readext?655324
— Written By Nyawira Nyota

As Black history month comes to a close I wanted to leave you with 4 Black activists doing work right now to uplift and advocate for the Black community. In curating this list I really tried to make sure to spotlight voices that were relatively local to NC or voices that are not as talked about when we think of activism. As a Black woman, I am so grateful to these people for being themselves and being great. Happy Black History Month everyone!

Walter is a self-described ‘black queer and genderqueer student activist’ who has done a lot of activism work on Appalachian State University’s campus. They have organized protests against the HB2 bill and currently work with Black Youth Project 100 an organization for Black 18-35 year olds committed to achieving justice and liberation for all Black people. Read more about their work in this post. 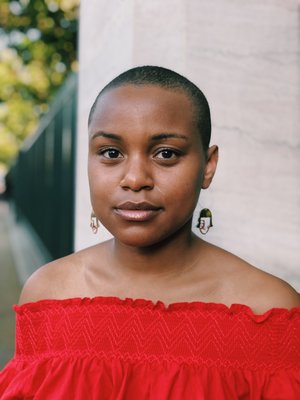 Denizard is a self-described ‘pro-Black organizer, activist, and documentarian’ who has a track record of organizing and activism work. She has given a TedTalk about sexual harassment in the workplace, visited Puerto Rico to document the aftermath of Hurricane Maria and most recently created a documentary spotlighting the water issue in Flint, Michigan titled ‘How to Celebrate Thanksgiving Without Clean Water.’ Find out more about her work on her website. 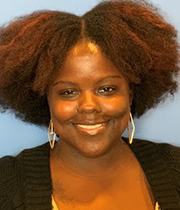 Simpson is a current PhD student with a dissertation focused on Black resistance and political organization. She is passionate about affordable housing and works with Movement for Black Lives Electoral Justice League Fellowship to mobilize Black voters to advocate for issues that affect them the most. Find her work in the Journal of Poverty and Social Justice

Nakate is a climate activist from Uganda who was recently spotlighted after being the only one cropped out of a photo with other young activists who were white. Her work in Uganda began with her protesting alone outside of the parliamentary building, and has continued with her founding the Youth for Future Africa and the Rise Up Movement and speaking at COP25 and in Davos.