Find this article at:
go.ncsu.edu/readext?676258
— Written By Luke Shealy

Sending words, pictures and kind thoughts to others helps to strengthen community and encourage hope for the future. This is especially true right now. Building hope is the work of activists. Hope establishes that the future can be better and that we can have a hand in creating that future together.

This post comes from a North Carolina student who describes her experience starting a chapter of a letter-writing organization at school. The organization, Paper Bridges, works to spread hope through the world through its letters.

I am Huong Nguyen. With my family and friends, I have started a Paper Bridges organization branch in North Carolina. Born and raised by a single-mother immigrant, I learned from a young age that getting access to life necessities is by itself a labyrinth in today’s society. I understood this struggle more than most, and it set me out to find as many jobs or programs as I could, hoping to earn some money. At first, I was advised by my counselors and teachers to join prestigious programs at school, such as National Honor Society, so that it would look good on my resume. I joined at first because I thought of it as a necessity since most students were involved in some sort.

In 2016, I was the co-leader for the Vietnamese Eucharistic Youth Group at my church. We have raised above $200 each year to fight starvation in Vietnam. There, I met my friend, Ben, and we bonded as immigrant teens with the desire to preserve our heritage. I had the opportunity to witness personal stories of poverty under the hands of a corrupted government. To some extent I felt common ground with the Vietnamese, although I realized their battles surpassed mine by miles. Stricken by this truth, I longed to continue the charities during my time, passing off all other “merits” that would embellish my resume. 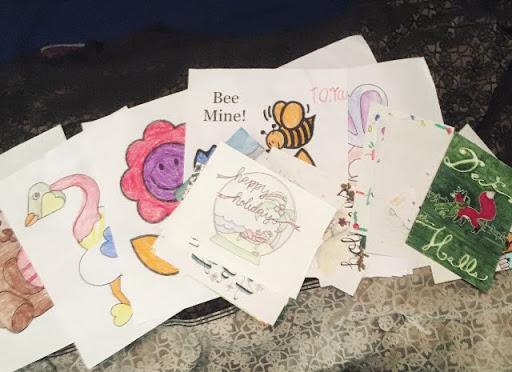 I started a chapter of Paper Bridges in 2019, a nonprofit project in North Carolina, writing letters to orphans around the globe aiming to provide much-needed hope and care. It commenced as a chapter club between my friends and I. Between balancing school, clubs, and work, we found comfort in volunteering. However, we faced issues with our school’s schedule changes that shortened time for extracurriculars. Nonetheless, we refused to let that hinder our mission.

We continued to meet outside at church and followed up online. Over a few months, we collaborated with the National Art Honor Society to write over 35 letters. I was the first to propose a partnership with a nonprofit formed by Vietnamese veterans to support kids in over six orphanages in Vinh Son. Not only did this project enhance my leadership skills, it has also granted me the nomination of being featured and rewarded a $1000 stipend from the Vietnamese organization in Raleigh, in order to further expand this project. During this journey, I’ve found my passion for charity, and especially joy for ones that hit close to my home of Vietnam. To date, we have exceeded our mark of 100 written letters total and raised $135 in donations. Our letters are sent to our headquarters in Maryland, and being shipped worldwide. We continue to expand our mission to new horizons, with upcoming projects for refugees.

1. In what ways does the author’s organization work to create a sense of hope?

3. What have you witnessed that made you feel hopefully?

4. Why do you think creating a sense of hope is important in activism?