Leadership – The Act of Leading Others (And Yourself)

Find this article at:
go.ncsu.edu/readext?617417
— Written By Nyawira Nyota and last updated by Luke Shealy

I’m Solteria, a rising junior in aerospace engineering, and I want to tell my story about leadership: how I discovered a passion for it, how it has affected me, and how I realized it is much bigger than what it typically seems. 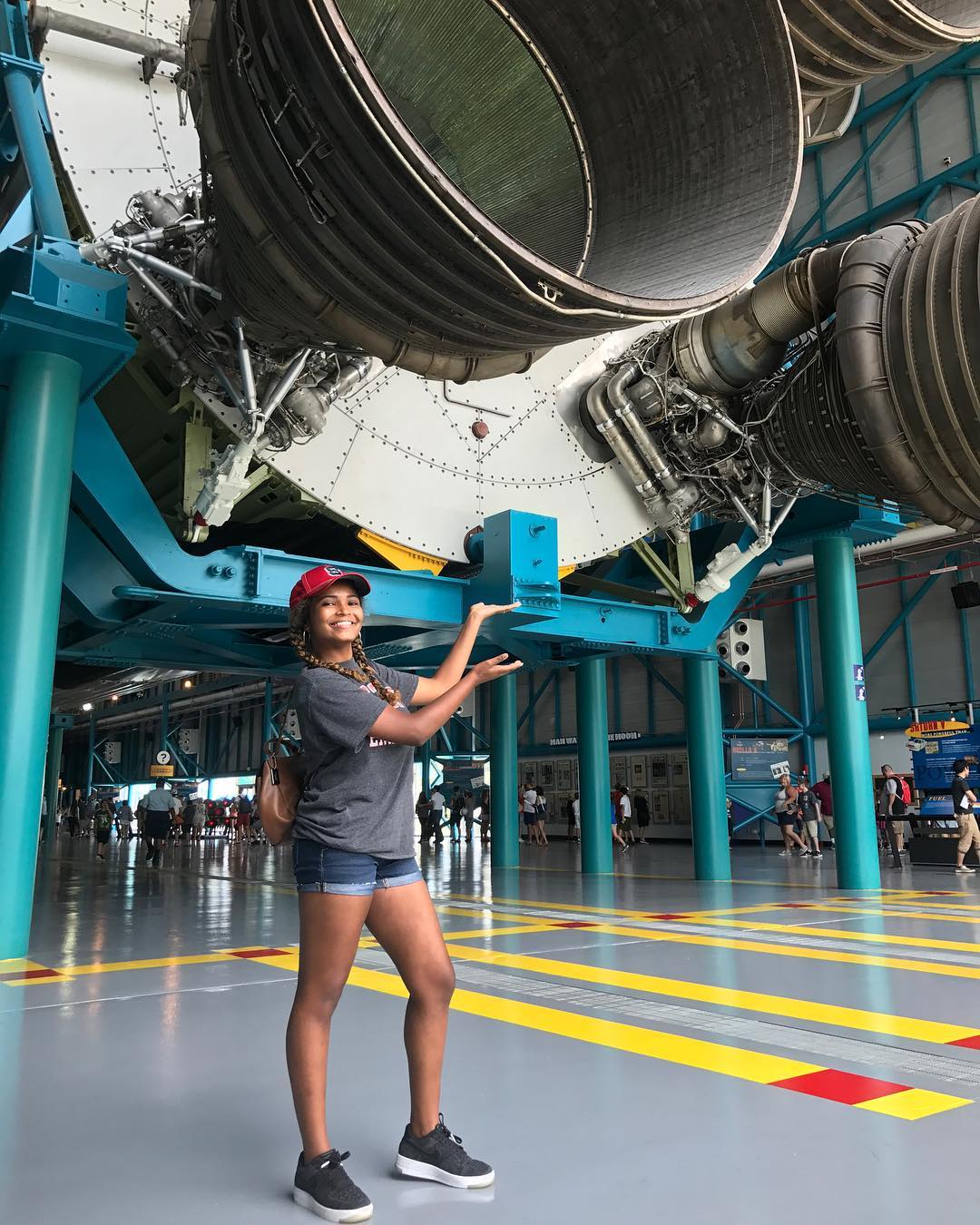 When I was younger, I couldn’t be found without a book. I loved to read! This was unlike anything in my family because no one else “read for fun”, so to speak. My first-grade teacher, Mrs. Crawford, fed my desire to read by always supplying me an abundance of books during school, and I’d quickly go through every single one. It was when she started to slip me books that had fourth and fifth-grade reading scales where I felt slightly different from my peers. This carried on throughout elementary school until I started being pulled out of my classes sometimes and taken to another classroom, filled with children my age that didn’t look like me. At first, I was extremely confused. I missed the comfort of a diverse classroom and the safety net of always knowing the answer. In these new classrooms, I was challenged with my peers to solve problems and read things that were harder than what I normally saw. I remember telling my family about TD, or Talent Development, and suddenly words like “bright” and “gifted” were being thrown around the household. I didn’t fully understand the extent of this until I got a confirmation from my older brother saying, “Bro, you’re really smart!”.

This altered the course of classrooms for me during middle and high school because I was now permanently surrounded by peers that weren’t minorities. Though not as comfortable as I was in first grade, a level of comfort gradually descended on me after the familiarity of my peers – soon friends – were constantly around for years. Now when you’re surrounded by smart kids, you tend to join clubs and organizations with them. I did this because everyone else was doing it, but then I realized I wanted more for myself. Why should I be a member if I could be a leader? Then I did it. I ran and became President of my high school’s chapter of National Honor Society and Science Honor Society. I went out of my comfort zone again and became Homecoming Queen. In these moments, I felt on top of the world; I could truly do it all. With this momentum, I entered college with a sense of overconfidence. Nothing could stop me from doing everything, and that’s what I wanted people to know about me: I could do everything. And boy, was I wrong.

I became fully aware of who I was once I entered college. In a sea full of the smartest peers you’ve ever been surrounded by, you realize there are so many people doing way more than you’ve ever done. I also realized how different I was from others; a more intensified feeling than the difference I felt when I was growing up in public school. The reality was I wasn’t the same as most of the engineering hopefuls I saw – I was a first-generation, minority, female college student. To see the lack of representation was a little scary, to be completely honest. After facing several “Are you sure you want to do aerospace engineering?” and awkward stares from my peers in classes, I realized that college would be a completely different ballgame than what I’d ever experienced in my life. I could have run away from the adversity and pursued another passion of mine, dance, but I wanted (and still want to) stick with it. This major is too much of an inte 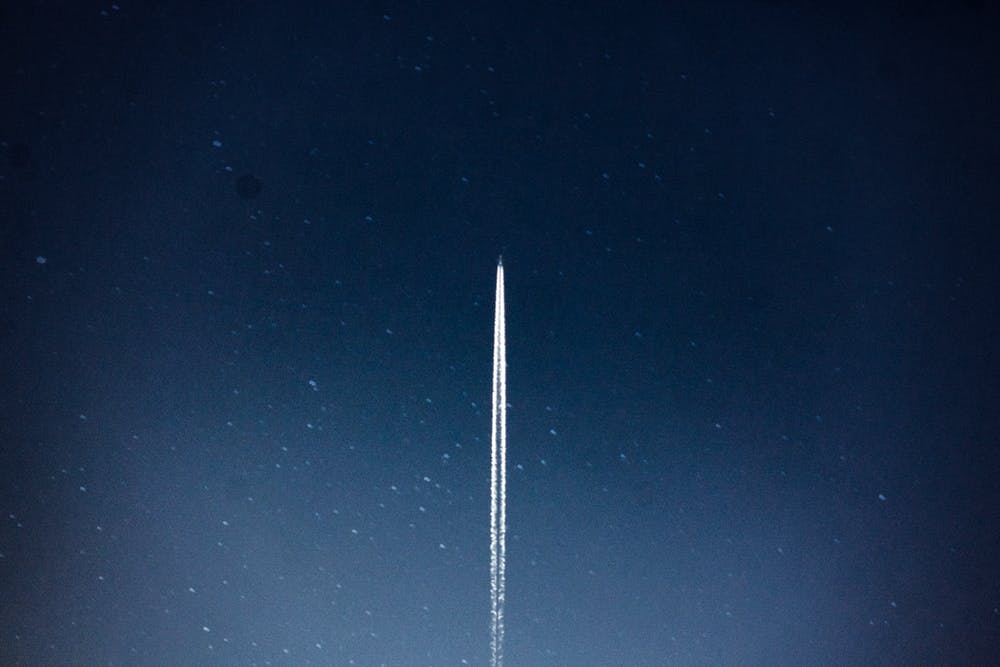 rest of mine to disregard. Besides, when you have proud parents saying that you’re doing aerospace engineering at NC State, it’s hard to say no. I decided that embracing engineering meant I could do something I’d been involved and passionate about previously: join and lead organizations.

I soon became a member of the National Society of Black Engineers and went for an executive board position in the organization that fit with what I started to see was important to me. I was elected the Pre-College Initiative Chair, which helped me find an outlet for interesting young people, particularly minorities, in STEM. This guided me to lead PCI Shadowing Day, where dozens of local middle schoolers came to NC State, and our members gave them guided campus tours, performed engineering activities, and talked to the students about the importance of believing they can do more than what they can imagine. This day was impactful to me as well because I saw that I helped lead an event that made a difference to others. It was something I wish I could’ve been a part of as a kid, and that’s when I knew how important it was to make it happen. I had the best of both worlds with this role, leadership and outreach, and I could feel the difference I was making.

Another role I was interested in was being an Engineering Ambassador (EA) for the College of Engineering. I had a wonderful TA who was an EA and told me about the job, and I felt like it was made for me; I applied, interviewed, and was selected. The main reason why I wanted to do this, aside from being more involved within my college, was I wanted to be the representation others need to see. There weren’t many students of color that were EAs, so that was a sign for me to do it. Within this role, I had another platform of connecting students to the importance of representation in STEM fields, whether it was doing outreach events or speaking candidly to minority engineering classes. Additionally, I was able to help plant the seed and create an Engineering Ambassadors Diversity Team, which focuses on the retention of minority EAs and developing a general understanding of the importance of having a diverse team.

With these two leadership roles, I found the outlets I needed to make the difference I wanted, but I still felt like something was wrong. I was doing it all, something I found very familiar to me, but this time it felt overworking and stressful. I was trying to prove to everyone, but especially to myself, that I could balance class with student organizations and a social life, among everything else I was doing at the time. This soon went south when the stress got to me. I started feeling unhappy, a feeling that’s unlike myself, and I didn’t know what to do about it. I thought that “having it all” would bring me complete happiness, but it did the exact opposite. I began stressing over every little thing in my life at this point, whether it was a meeting I forgot to include in my Google Calendar or even a dance practice, when dance was supposed to be my outlet for all of this. Thought of “I’m not good enough” flooded my mind. I must have had at least five mental breakdowns before I owned up to myself and went to the counseling center.

It was here where I figured out that these thoughts were being suppressed and they were outcomes of not just the stress I was going through, but of past experiences. My counselor helped me realize that I felt like I hadn’t been breathing for months. I didn’t remember the last time I had fun. I couldn’t recall the last time I truly felt happy. I kept doing things and adding loads on myself which I thought was beneficial, but it was just becoming overbearing and distracting me from things I tried to push away and hadn’t healed from yet. In these sessions, I realized I had to stop unintentionally comparing myself to others. I had to stop overworking myself. Instead, I had to let these negative thoughts go. I had to breathe. I had to take care of myself.

I learned that these things take time. It would take months for me to feel like myself again. I still am going through the process of letting the anxiety and stress go. I took on another leadership role but this time, I was leading myself. Having a support system filled with family and friends, a personal understanding that it’s okay to not “do everything”, and a hint of humbling drives me to have more confidence to do the things I already know I can do in the first place. I antagonized my concept of college due to the bad things I was facing but leading myself finally gave me perspective. It helped me fall back in love with NC State.

I’m a firm believer in everything happens for a reason. Right now, I’m interning at an aerospace engineering company when, during the school year, I thought I was going to completely switch my major. Tomorrow night, I’m having dinner with a fellow EA who just graduated, and she was one of the reasons why I’m continuing my job as an Engineering Ambassador. My childhood experiences with leadership led me to pursue it in college, just to understand that the most challenging leadership role I’d ever take on would be leading myself. That’s why leadership is more than the act of leading others towards a common goal – it’s making sure you hold yourself accountable with taking care of yourself and remembering, you are enough.

What have you learned from reading Solteria’s essay?

Do you feel like it is easy to say yes to too many roles?

How do you lead yourself?