The Power of Youth & Adult Partnerships

Find this article at:
go.ncsu.edu/readext?598181
— Written By Maru Gonzalez

As educators, we’re often told our work makes a difference but seldom are we given the opportunity to see the long-term impact on students’ lives. Small gestures of support, words of encouragement, validation — actions, which at the time may seem trivial — can leave a lasting imprint. And it’s not only young people who are transformed. Each of us have worked with students who have changed us, shifted our thinking, pushed us to be better, and who have made the impossible seem possible. Austin is one such student.

I first met Austin in 2009 while I was working as a high school counselor in a conservative school district in Georgia. As a not-yet-out gay student, he was the frequent target of schoolyard taunts aimed at his perceived sexual orientation. Motivated to inspire systemic change but reluctant to lead the charge, Austin sought my support and that of another school counselor. Together, we helped cultivate a more supportive and respectful school climate by establishing a gender & sexuality alliance (GSA), creating awareness about bullying and harassment prevention among the student body, and coordinating an educational workshop for school personnel. 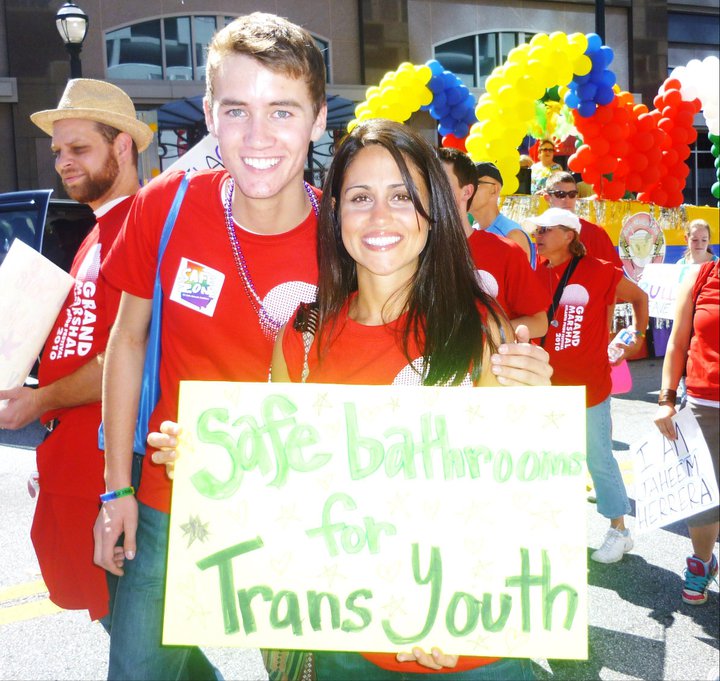 Marching as Grand Marshals in the 2010 Atlanta Pride Parade

We soon joined forces with a team of activists, educators and community members to establish the Georgia Safe Schools Coalition, an organization which creates safer, more affirming schools for all students throughout the state. From there, Austin and I took our message from Georgia schools to the U.S. Capitol, lobbying for anti-bullying measures such as the Safe Schools Improvement Act and the Student Non-Discrimination Act. In 2010, we successfully helped secure enumerated protections for lesbian, gay, bisexual, transgender, and queer (LGBTQ) students and other marginalized populations in our local school district’s anti-bullying and harassment policy. In recognition of our advocacy efforts, we were invited to the 2010 LGBT White House Pride Reception and subsequently honored with Georgia Equality’s “Champions for Equality” award. We also marched as Grand Marshals in the Atlanta Pride Parade, ran a marathon together to raise awareness about bullying, and have since continued serving as activists and advocates in other capacities. 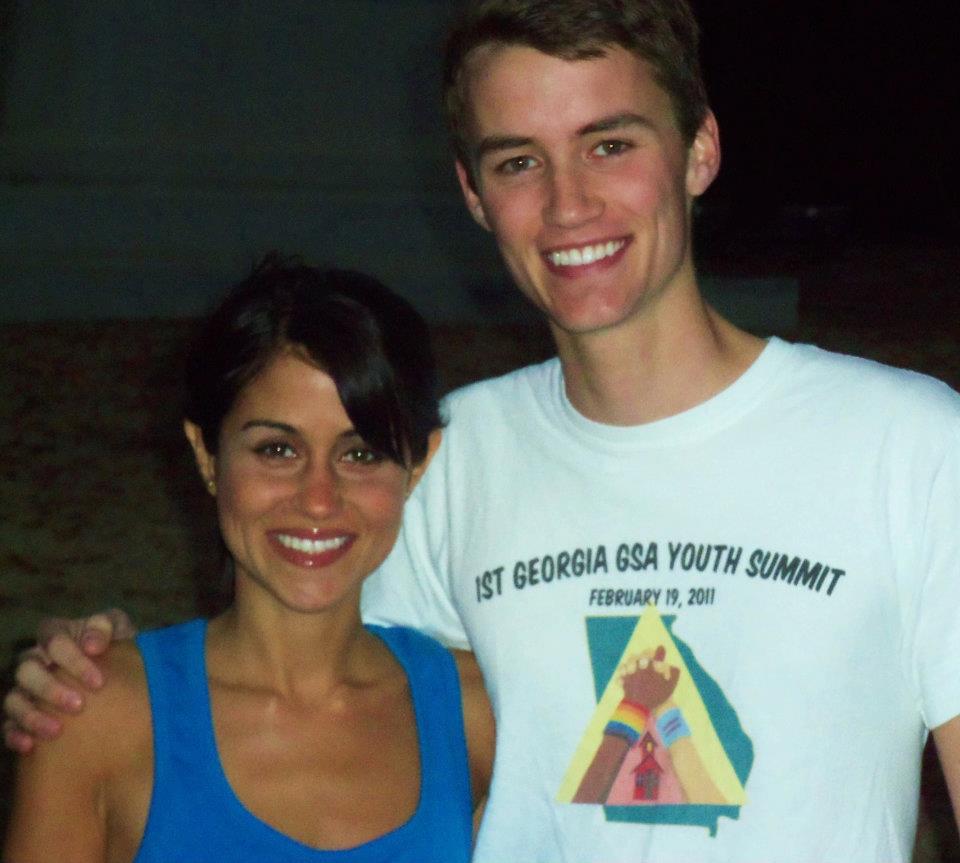 Austin’s story is a testament to the transformative potential of strong youth/adult partnerships, not solely for youth but for adults and, ultimately, for the communities they serve together. Indeed, I am a better educator and a more critical activist because of my relationship with Austin.

On the ten year anniversary of our first meeting, I had the good fortune of sitting down with Austin, now 27, to ask him about his journey as an activist and how supportive adults impacted his life in high school and shape his current work as a Communications Director for a member of Congress on Capitol Hill.

Q: Describe our partnership, particularly in the early days.
Even though I was only 17-years old, you treated me as an equal and made sure my perspectives were central to the work we were doing. You also exposed me to opportunities outside of my school where I could lead. That helped me understand that there was a community of like-minded people that I could belong to, which was key for me, as I grew up in a very conservative and racially and socioeconomically homogeneous area. You encouraged me to attend an LGBTQ youth support and advocacy group at the local LGBTQ youth community center. You included me in the creation of the Georgia Safe Schools Coalition. You connected me with organizations at the National Action Network so that I could speak on a panel about bullying prevention, and supported me from the audience. To have an older person as a sincere advocate with me provided crucial support as I tested the waters of activism and came into my own.

Q: What has your activist/leadership trajectory looked like over the past ten years?
This is my ten-year anniversary of activism and interest in public service! It’s been a wild ride. It really all started in 2009 with the formation of SPECTRUM (Students Promoting Equality and Change Through Respectful United Movement), which is what we called the gay-straight alliance. Following high school, I wanted to continue service and activism in college. I got involved in student government and eventually ran and was elected president of the student body. There’s no way I would have taken those risks if I didn’t have the experience and confidence from my high school days with you.

I decided to study politics and communication in college because I was fascinated by why people believe what they do, and how to change their minds. That interest, and my cumulative work, moved me to make the bold and perhaps naive decision to move to Washington, D.C. after college with no job or plan. After a series of unpaid internships and odd jobs, I had the opportunity to work in press on a U.S. Senate campaign. While we didn’t win our race, I had finally become a political communications professional! I’ve since worked around the country and I’m currently back on Capitol Hill. 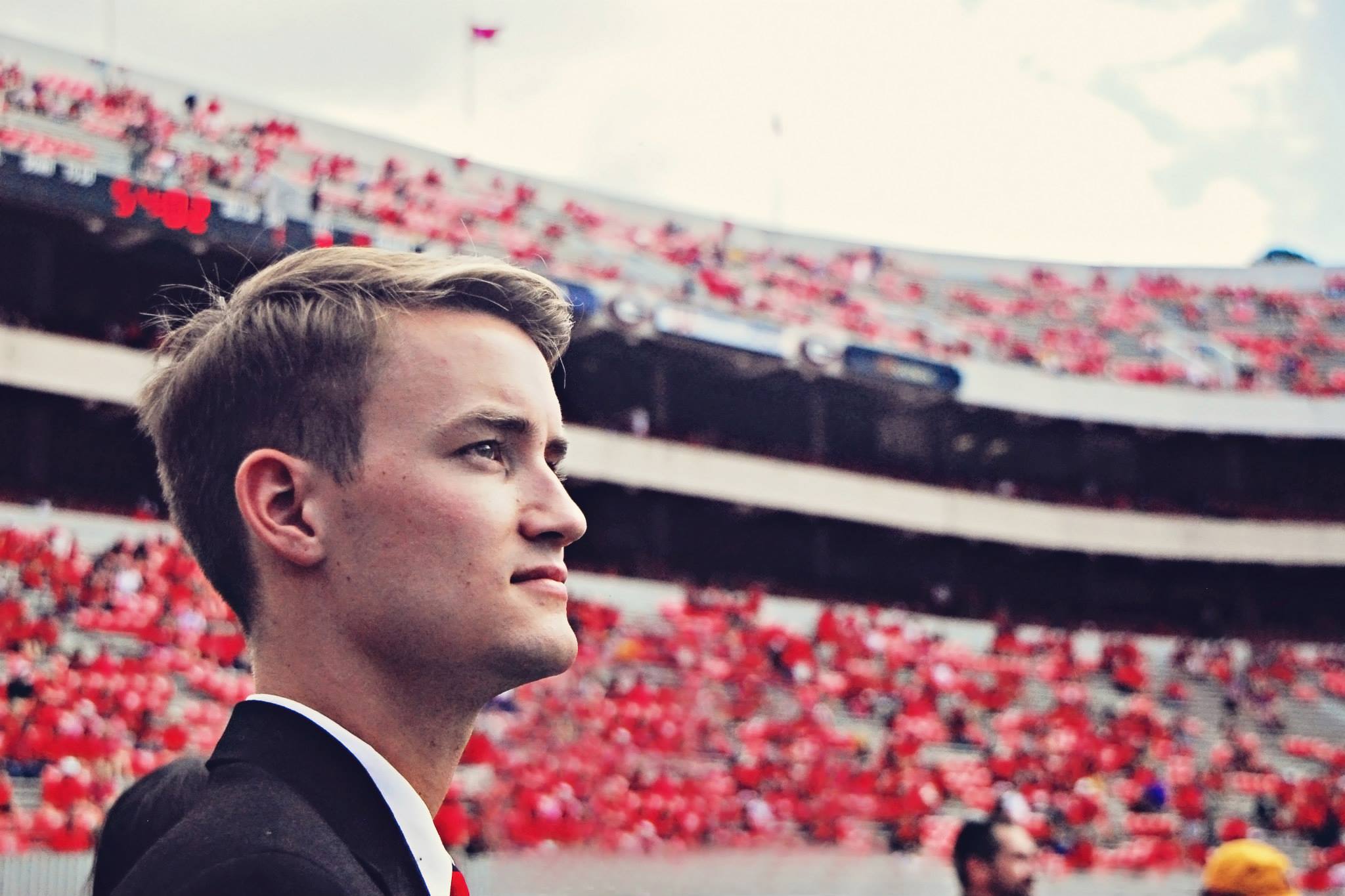 Q: In what ways and to what extent did having supportive adults in your life impact you in general and your activism and subsequent life’s work in particular?
I’ve had some difficulty connecting with people my own age. To have supportive adults treat me with respect, and who validated me and my opinions, has been extremely important for my development.

In high school, I was frequently in the counseling office. I had come out as gay in an unwelcoming environment, I had trouble at home as a result of coming out, and I had a very sick parent who died my senior year. The entire counseling staff made me feel welcome. They heard me, they challenged me and they helped me get through it all. In fact, I was seeking help from school counselors in elementary and middle school because I was bullied for being perceived as gay. Having them on my side made me feel safe at school, and that translated to my pursuits outside the classroom.

As a gay man who came of age without gay male role models, gaining mentors and older friends in my community was so helpful as I envisioned my future and set goals. In college, there were multiple people who reached out — people I had never met — to give me encouragement and offer advice. They ranged from five to thirty years older than me. I doubt they understand how profound their outreach affected me. Community is everything. 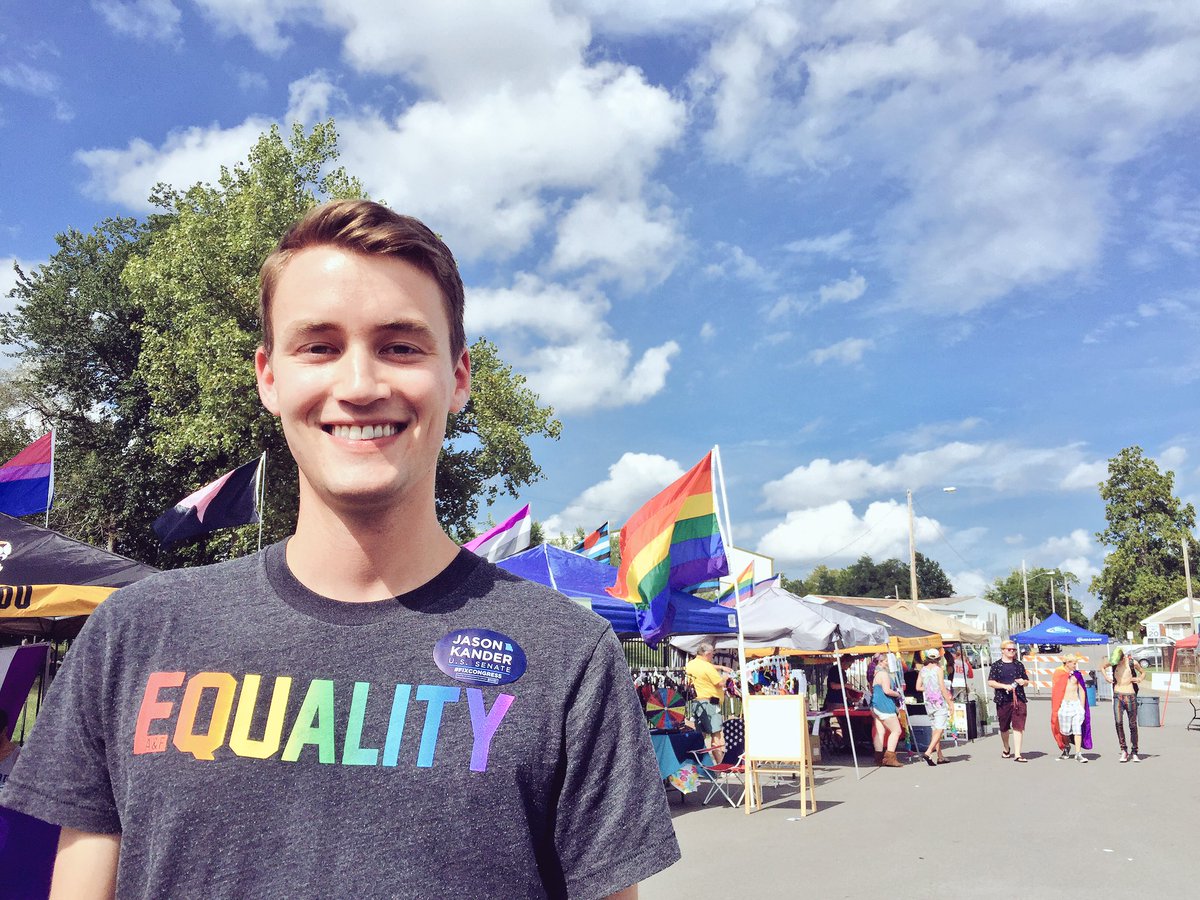 Registering voters at a Pride event

Q: Based on your experience, how can adults best support young people in making sure their voices are not just heard, but valued and included?
I think adults can support young people by being honest with them, treating them as equals and taking their ideas seriously. You challenged me, but gently, to make sure that my words matched my intentions — that I was doing what I really wanted to be doing, and conveying what I truly meant. I think challenging young folks to do and be better is good. Be honest with them, and show them the respect of challenging them.

Q: What advice would you give young people today who want to make a difference but aren’t sure how or where to start?
You don’t have to do it all at once! It starts with a conversation. Raise an idea with someone who has power — like a school counselor, a teacher, a family member. Say, “I want to do this thing. How do you think I can get started?” Ask for help. I did, and I ended up working with you, someone who has been an amazing ally, friend and mentor and who introduced me to others who invested in me and helped me achieve my goals. Don’t go it alone; build a team.

Q: What suggestions would you give to adults who want to support young people but aren’t sure how?
Please know that empowering young people can be easy. Sometimes it’s as simple as genuinely asking a young person their opinion and validating their opinion. And listening, really listening.