Youth Activism in the Public Eye

Find this article at:
go.ncsu.edu/readext?721982
— Written By Luke Shealy and last updated by Maru Gonzalez

A little over a year ago youth activist Greta Thunberg became a household name synonymous with climate change. She has spoken with world leaders about the climate crisis and inspired young activists across the globe to join her school strikes. Her message is clear and consistent: unite behind scientific consensus and take real action. 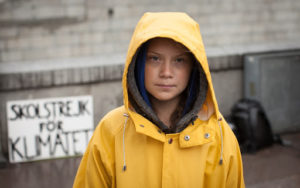 What makes Thunberg such an effective activist in tackling the immediate and sometimes amorphous issue of climate change is her continued insistence on putting science and other activists in the spotlight. This is despite the media’s efforts to focus attention on her individual actions over the broader movement.

While Thunberg can now certainly be considered a full-blown celebrity, her example is still one to look to and be applied by smaller-scale (but still just as needed) activists. Indeed, the media will continue to try to focus on prominent young activists instead of the issues they tackle. It’s up to these determined young people to continue to turn that spotlight onto the issues at hand.

The Burden of Public Attention

In #PassTheMicYouth’s most recent episode featuring Hannah Zimmerman, New York City’s youngest elected official, we discussed her current work and how her prominence as a young activist affected how she engaged with the world. While the work she does on New York County’s Democratic Committee was incredibly important to her, she felt that sometimes people knew of her work before they knew her. This was especially true when she entered college: a time that can be vital for one’s self-exploration and self-development. “I felt like I had to defend this identity that was given to me by the activism I did in high school,” said Zimmerman.

When young people engage in successful and visible activism, they might be more likely to be pointed out and lauded for their efforts than adults. That spotlight can be an incredibly useful tool to grow a movement. However, it is possible for that spotlight to shine too brightly on one individual. Hannah Zimmerman believes that sometimes “Faces and voices come to represent 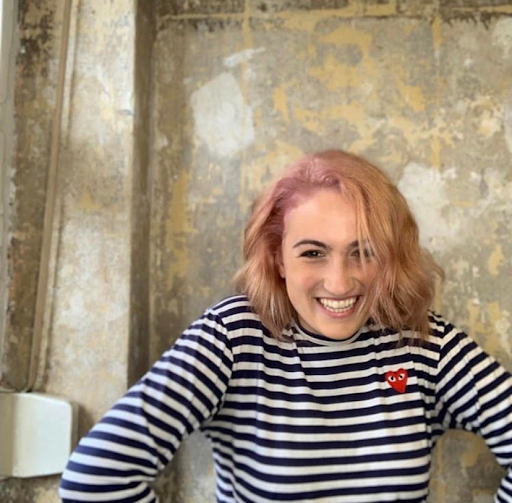 entire movements which is very destructive because movements are made to speak for entire communities.”

To Greta Thunberg’s credit, she recognizes the prominence of her voice and consistently makes it a point to pass the mic to other young climate activists. In 2019, at a U.N. climate meeting in Madrid, Thunberg and German climate youth activist Luisa Neubauer gave up the stage and reporters’ attention to other young activists who were primarily from developing countries that would feel the brunt force of climate change. The global youth climate activist movement Thunberg was leading wasn’t her’s; it belonged to a global community whose diverse voices needed to be heard.

The Future of Organizing

In the age of social media, our attention can be quickly drawn to ‘activist-influencers’ and their celebrity-like status rather than the change they are trying to accomplish. For a movement to be sustainable, the media, audience, and activists themselves need to constantly examine what message is being portrayed and question whether that message’s goal is to uplift the movement.

As COVID hastens the world’s digital transformation, Zimmerman believes that activism and organizing will be continually shaped by those technologies. She says that movements like Thunberg’s Fridays for Future are possible because of social media platforms like Instagram, Twitter, and Facebook. However, social media is also one of her greatest fears because of its ability to concentrate attention on the individual. She has witnessed “too many groups fall apart” because of the focus on an individual instead of the movement.

Tips for Sustaining an Organization

Zimmerman offered a few solutions to the challenges that youth activists, local or national, face.

The first is for youth activists to be very specific about their goals and the goals of their organization. Change sometimes needs to come one step at a time. It’s vital for a movement to be clear about what it is setting out to do. This will help everyone involved to remain focused on oftentimes difficult tasks.

Her second piece of advice is to actively think about how a movement or organization will sustain itself and it’s momentum when its leaders are no longer present. What will happen when important members graduate or can no longer support the mission? Working with members to create long-term 1-year, 3-year, and even 5-year goals will help everyone to be on the same page and guide the organization to those goals even if the original organizers are no longer active.

Youth-led movements are powerful and needed. However, the leaders of these movements must constantly be vigilant in ensuring that their star-power doesn’t outshine the work they set out to do. The experiences of Greta Thunberg and Hannah Zimmerman demonstrate that deftly navigating the pitfalls of media attention can expand a movement and increase its effectiveness. If you’d like to listen to our entire interview with Hannah Zimmerman, check it out!

We want to hear from you! Submit an article or piece of art to our blog.