Ways to Support Your LGBTQ+ Child: Advice From a Fellow Parent

Find this article at:
go.ncsu.edu/readext?640846
— Written By Maru Gonzalez 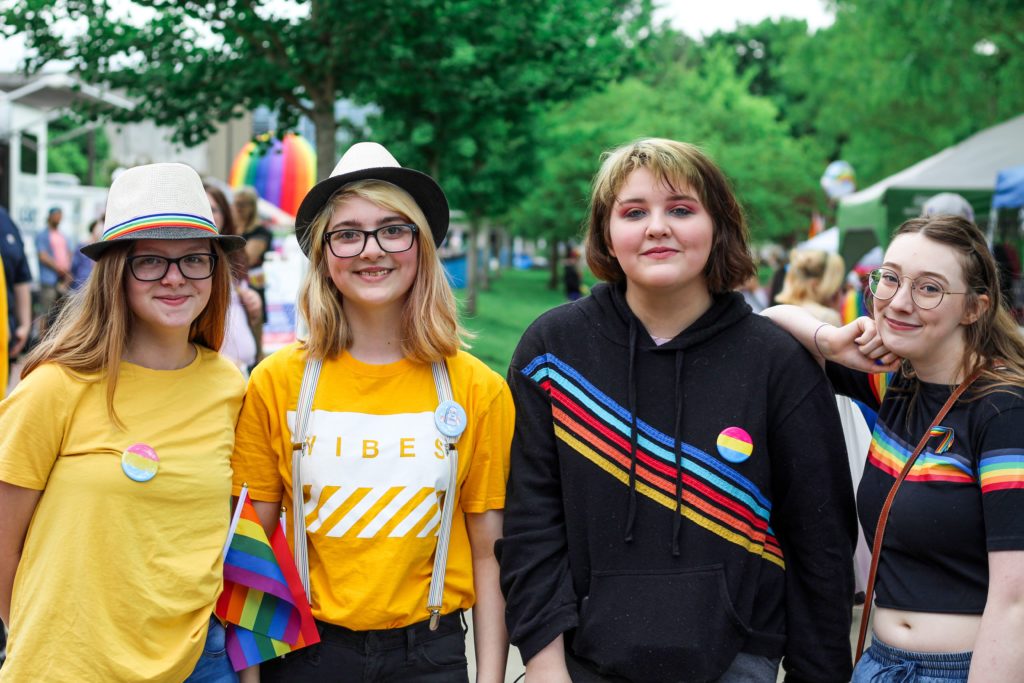 Having your child come out as LGBTQ+ can be challenging for any parent or caregiver. For some, this may seem like uncharted territory. You may not know where to begin. What resources should you look for? How should you talk to your child about the topic? These questions aren’t uncommon, and it can be helpful to talk to other parents and caregivers who have gone through the same experience and maintained a connected and nurturing relationship with their child. I had the pleasure of interviewing a mom of a lesbian daughter who came out after college over a decade ago, and got to understand all about this mom’s journey of learning how to best support her daughter.

Can you tell me a little about the story of your daughter’s LGBTQ+ journey and how you’ve supported her?

My daughter did not date in high school but dated guys all through college. She surprised me 3 years after she graduated by telling me that she was gay and for some reason I’ve never understood, she thought she told me over the phone about a year before that. All I can remember is that she indicated in one conversation while she was in Oklahoma in NCCC (the national AmeriCorps program), that another female on the team kept bothering her because she wanted to be ‘more than friends’. I remember my daughter telling me at that time that she only wanted to be friends with this person. After she came out to me, (over 14 years ago), she told me that she always felt different but never knew why. Although my knee jerk reaction was idiotic in retrospect, (asking her if she was sure!), I also told her I loved her no matter what.

How has being LGBTQ+ impacted your daughter’s life? Has she experienced negative and positive impacts? If so, can you explain a bit?

I don’t think she experienced much in the way of negative impacts because she came out after high school and undergrad. If she had any issues during grad school she did not share them. I do know that during that time when she visited her Dad, she and her girlfriend stayed in a motel rather than at the house with her Dad, step mother and half sibling, even though there was space for them to be there. When she got an internship during grad school she kept her sexual orientation to herself since she felt the company was rather conservative at that time. The company is now very affirming. As for positive, she is married, (actually for the second time), and living in an affirming city. She and her wife have good jobs, own a home, and have many good friends – both LGBTQ and not. As with most LGBTQ individuals, (and their families), they often experience awkward situations, constantly deciding whether or not to ‘come out’ to new people. Sometimes that can be negative, but at other times, at least for me, it can be an opportunity to educate.

As a parent, what were some of the struggles that you faced when your daughter opened up about being LGBTQ+?

I think the first thing that hit me was that I might not be a grandmother. I worked with children for most of my adult life and love kids so that was hard. I initially questioned whether it would be fair to a child to be born into a 2 mom or 2 dad situation but changed my opinion fairly soon after meeting families in that situation. I think I was initially biased because my dad died when I was an infant so I was raised with no dad and also because I was a single parent for most of my daughter’s life. While I hope that my daughter and daughter in law ultimately give me a grandchild, I am OK if that does not happen. When she first came out, I wasn’t sure how others would receive the news and so for several years I sent out 2 annual letters at holiday time – one to those that knew / one to those who didn’t.

At the point that she came out I was about to sell my house and move to live with someone I had dated long distance. I had to tell him immediately, because if he could not accept her, I would not move. He did and so I moved to GA. (The relationship only lasted a few years after moving here but it had nothing to do with my daughter.) 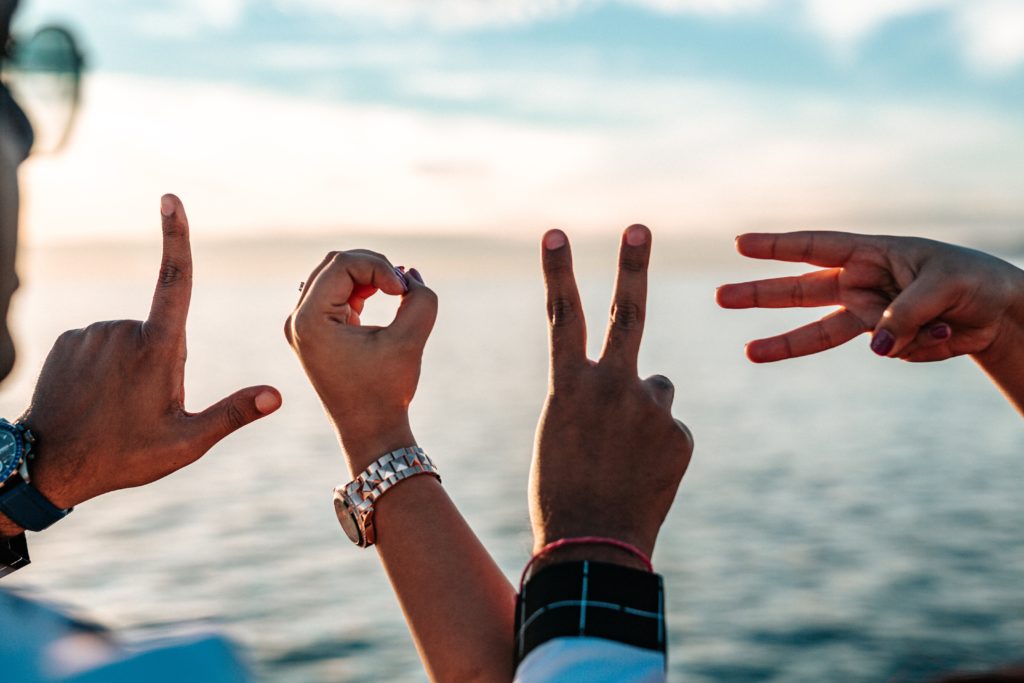 In retrospect, I don’t think I ‘struggled’. I did have a longtime friend who knew me long before I had my daughter. She was a person of color and we had been very close – she had been one of my 3 bridesmaids and self-proclaimed herself as my daughter’s godmother! She had a very hard time accepting that my daughter was a lesbian and was sure it was just a phase. I think a lot of her bias came from her southern religious background. She ultimately came around and was accepting and loving even if I could tell during our discussions she didn’t really get LGBTQ – especially not individuals who were Trans.

What resources did you turn to?

Two years after moving to GA, I accidently found out about PFLAG. (www.pflag.org), and went to a meeting. The thing that was most helpful to me was finding out about research that had been done and that it “wasn’t my fault”. I think many Moms initially feel it’s their fault. The other thing that happened was that I found out they were involved in Safe Schools. I volunteered to be involved with that committee and soon found myself in charge as one person moved away and the other dropped out for health reasons. I started my career as a high school teacher in NYC, taught college, and later worked as a physical therapist in a large school district with students from 5-21. I saw a lot of bullying and harassment of kids for so many reasons so the anti-bullying program was right up my alley. When I heard about the Georgia Safe Schools Coalition being formed, I immediately jumped on board. I recently left GSSC after 10 years of service with them.

What advice would you give parents that are navigating how to support their LGBTQ+ child?

As we say in PFLAG, lead with love and the rest will (hopefully), follow. Many parents are in shock when their child first comes out, especially parents of trans youth. Sometimes they want to ‘fix everything to make their child safe, while others are initially in denial. We encourage parents to let the child lead as they, not the parent, are ready to take the next step whether it’s telling other people, hormones / hormone blockers / etc. A frequent saying is – take a deep breath and ‘take baby steps’. I also encourage them to hide any negative or questioning feelings they may have. While those feelings are valid, it is not helpful for their child to learn that their parent is ‘grieving’ for the child they thought they had or ‘denying’ what their child believes about themselves.

Needless to say, I encourage parents to go to a PFLAG meeting. The two chapters with which I’m involved, (as a facilitator and school resource), both have facilitated teen groups which meet at the same time as the adults, (parents, family members, allies, adults who are LGBTQ). If a family does not live close enough to attend a PFLAG meeting, I advise them about the booklets available on the PFLAG website which can be downloaded free.

I think one thing that has had a positive impact on my daughter is my strong advocacy for the LGBTQ+ community – especially youth and their parents. I frequently consult with parents and sometimes accompany them to school meetings when their child is having problems at school. More recently, it is often doing battle with administrators regarding bathroom use by students who are transgender. My work has made my daughter proud, and also had a strong positive effect on my daughter-in-law, whose parents were not supportive or accepting.